Your Astrobase in all its living glory

After a few months of quiet on our end, we unveiled the fruits of our labour yesterday. We have come a long way since Adam’s proof-of-concept art. As a programmer, he valiantly led our visual development up until our crowdfunding campaign last November. However, we have now unleashed the visual beauty wrought by our pro artist, Daniel. I hope you’ll agree that the results are stunning.

Space can be a dangerous place.

It has been hard trying to resist the urge to release these gems any earlier, but we’re now ready for you to take a look. So please swing on by and let us know what you think.

The datapad will allow players to access information about and control what happens on their astrobase.

Our newest post unveils our newly redesigned datapad, now in glorious 3D. We also talk about some of the considerations in designing the interface and icons that we will be using. You can read the entire entry at www.astrobasecommand.com

The Astrobase Spring 20,114 clothing line melds stylish and utilitarian to make you the most popular sentient being on your block.

This week’s Astrobase Command blog update discusses some of the character design ideas we’re knocking around. Swing over to the Jellyfish Games developer blog to read it in its entirety.

A little while ago, I took a camera to one of our team meetings. It turns out we were mining intellectual gold at the time, waxing poetic about the mining, harvesting, and general resource dynamics that Dave is developing for Astrobase Command.

Although the intention at the time was to capture some B-roll footage for an upcoming game trailer, some of the information helped address a question that Ethan asked us on our forums. It has the added bonus of showing something slightly more visually interesting than what we’ve been posting in our first set of vlog updates. Indeed, viewers get to spend a little over five-and-a-half minutes basking in glorious HD shots of Dave and Adam talking. A rare privilege any way you look at it.

So, without further ado, here’s the interview.

Well, sort of. Astrobase Command has been doing very well over its first few hours on Greenlight. We’ve already tallied up an impressive number of positive votes. 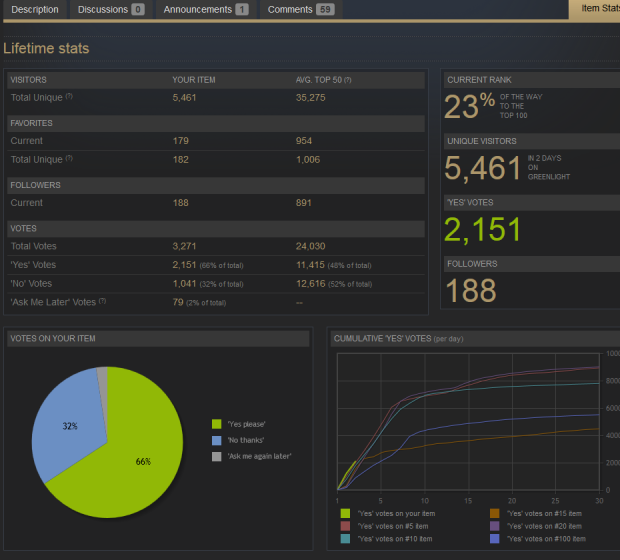 We’re really excited by the results, since it’s telling us loud and clear that the concept resonates with almost everyone who sees it. We can’t rest on our laurels, though. The curves are only projections, and don’t mean anything if we don’t keep working hard to convince the community that we’re going to deliver the absolute best game possible game, the one they deserve.

There’s still plenty of ground to cover until December 20th, so we’re just getting started. The Greenlight news is a great wind in our sails. We thank all of those who have taken the time to cast their vote (and those who will in the future!)

Head on over to our Kickstarter updates page to get the latest news. 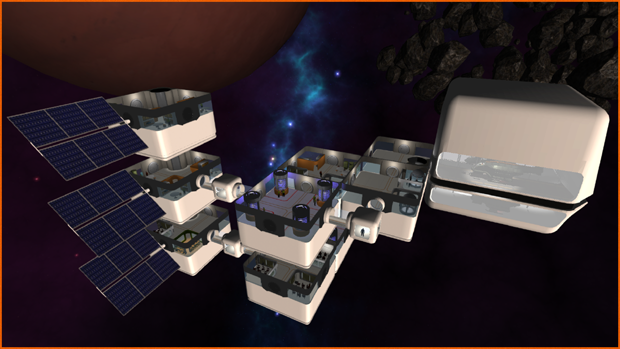 Build the starbase of your dreams in Astrobase Command. Placeholder art.

Astrobase Command is being developed by Jellyfish Games, a small indie team in Montreal. It is a sandbox base-building RPG in a low-tech science fiction universe. Inspired by countless hours of your favourite science-fiction stories and movies, and fueled by an unmitigated passion for crafting a great game, I think these folks are on to something. 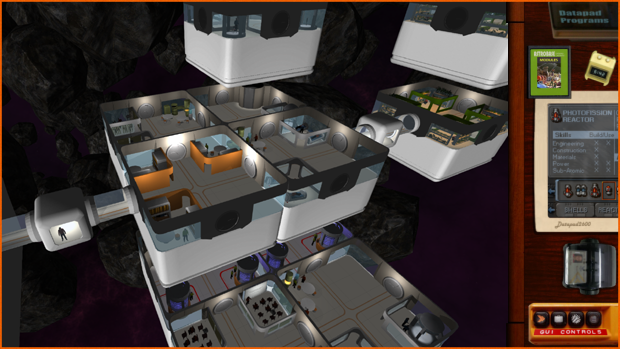 Build your own starbases. Note, this is placeholder art.

Please head over to Kickstarter and support them.

Even aliens need to have a laugh sometimes.

Today, Jellyfish Games announced the impending beginning of a Kickstarter campaign to support the development of their upcoming game, Astrobase Command.

In celebration of this momentous news, I thought it would be worth doing up a piece of fan art to support the small team of stalwart indie developers in their efforts.